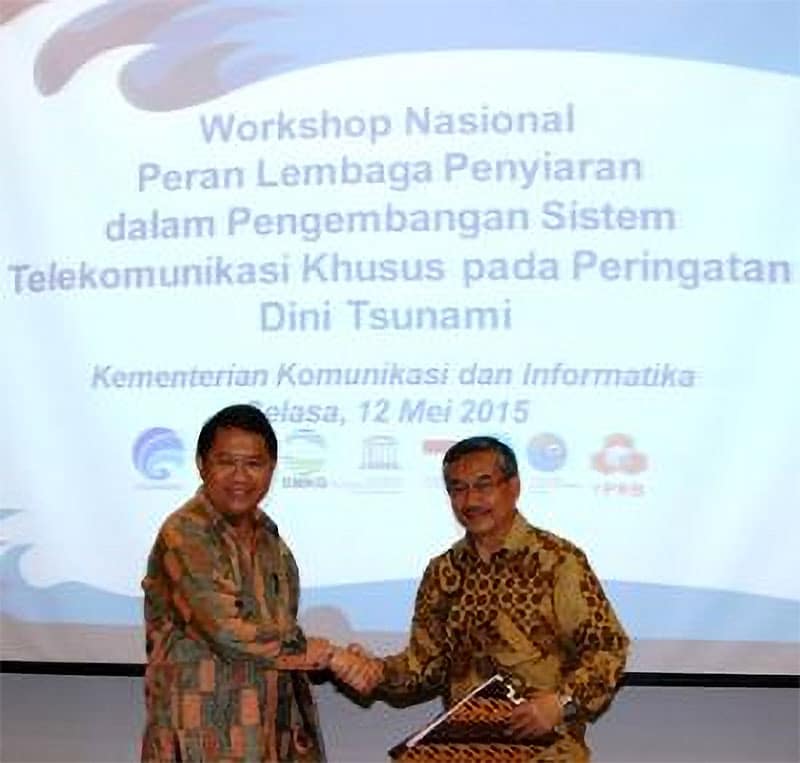 The Indian Ocean Tsunami Information Centre in UNESCO Office Jakarta, in coordination with the Ministry of Communication and Information Technology (KEMKOMINFO) and the Indonesian Agency of Meteorology, Climatology, and Geophysics (BMKG) jointly held a national workshop on the role of broadcasting media in developing special telecommunication for tsunami early warning system on 12 May 2015 in Jakarta. The workshop held as part of an activity funded by the Indonesia Funds-in-Trust (IFIT) on strengthening the capacity of Local Disaster Management Agency (BPBD) and electronic media on tsunami early warning chain.

The objective of the workshop was to strengthen the coordination between the government institutions and national broadcasting media as well as to discuss the role media in tsunami early warning chain Indonesia. About 93 participants took part in the workshop representing KEMKOMINFO, BMKG, Indonesian Institute of Sciences (LIPI), National Disaster Management Agency (BNPB), Indonesian Broadcasting Commission (KPI), National Station and Association of Television and Radio in Indonesia, and representatives from Pandeglang District.

At the opening session of the workshop a Memorandum of Understanding (MOU) between KEMKOMINFO and BMKG on the development of technology and communication in disseminating disaster-related information was signed. The MoU serves as the basis for coordination between these two institutions in optimizing the dissemination of information on Meteorology, Climatology, and Geophysics to the community in particularly those linked to upcoming disasters.

The opening session of the workshop consisted of three remarks from UNESCO, BMKG, and KEMKOMINFO. In the opening remark, the Officer-in-Charge of UNESCO Office Jakarta, Mr. Shahbaz Khan, Ph.D, asserted that UNESCO Office Jakarta in coordination with Intergovernmental Oceanographic Commission (IOC) UNESCO has been working with the Indonesian government institution especially with BMKG through programmes and activities to support the development of the tsunami early warning especially in the international coordination, the warning chain from upstream to downstream as well as in community and public preparedness and awareness.

Mr. Andi Eka Sakya, the Chairman of BMKG, in his remarks said that dissemination of tsunami warning has huge challenges to reach downstream level. The community at tsunami prone areas has also very limited golden time to react to any warning issue of potential tsunami. Mr. Andi expected that through the MoU with KEMKOMINFO and advanced involvement of broadcasting media we ensure that we will have better tsunami early warning chain in Indonesia in future.

The Workshop was officially opened by the Minister of Communication and Information Technology, Mr. Rudiantara. In his remarks, Mr. Rudiantara emphasized the important role of KEMKOMINFO to support the dissemination of tsunami early warning that issued by BMKG through broadcasting media regulation in order to reach community in prone areas. The Minister also expected that through the MoU, the coordination between KEMKOMINFO and BMKG will develop much better in particular in the field of disaster information dissemination.

The workshop comprised two sessions. The first session had six presentations on strengthening the role and coordination between ministries and broadcasting agencies in dissemination tsunami early warning system in Indonesia. The presentations were delivered by BMKG, KEMKOMINFO, KPI, BNPB, LIPI, and UNESCO. The second session entitled “framework of functional and capacity building for broadcasting agencies in tsunami early warning system in Indonesia”. While the first session focussed for broadcasting media’s role and responsibility in national-coverage level, the second session discussed the case of tsunami early warning chain for electronic media in local (city) level. In the case, Pandeglang District was put as pilot test. The presentation from the Head of Pandeglang BPBD marked the start of this session.

A number of fruitful discussions occurred during the workshop. All inputs gained during discussion were recorded for the next action of UNESCO and stakeholders. The recommendations of this workshop will also be applied for testing in end-to-end tsunami early warning system that will be conducted in field exercise in Pandeglang District in July 2015. The summaries of inputs from this session as well as photo session marked the closing of the workshop.

The remarks of OIC of UNESCO could be downloaded here. 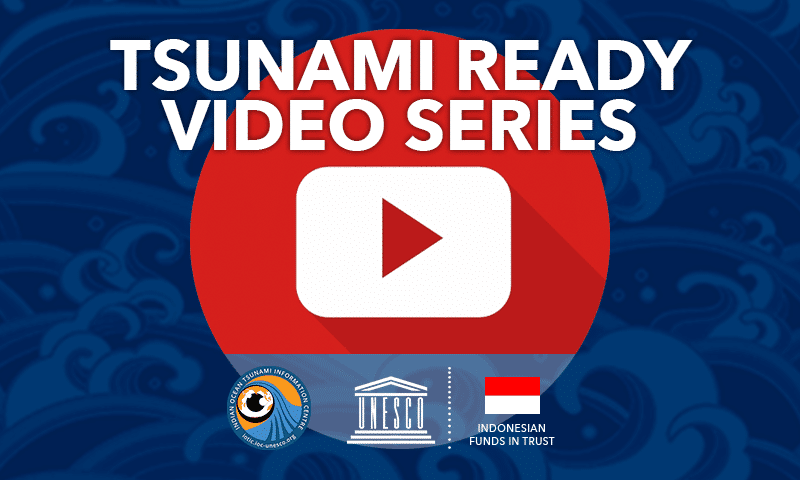